It is a pleasure to introduce the founders and lead doctors at Nirmal Neurocare, Dr. Swapnil Venkatrao Adhav, Dr. Sanket Adhav & Team. Our doctors have exceptional backgrounds and special certifications in their chosen fields of expertise 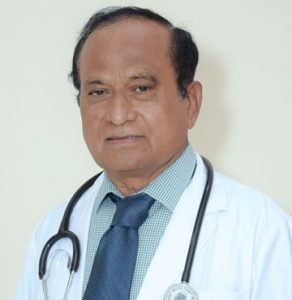 It is a pleasure to introduce the founders and lead doctors at Nirmal Neurocare, Doctor Swapnil Venkatrao Adhav and his brother Doctor Sanket Adhav The brothers have exceptional backgrounds and special certifications in their chosen fields of expertise.

The Super Specialty Center has grown into Nirmal Neurocare, the culmination of a dream to help as many people as possible by the foundering doctors and their compassionate and dedicated staff. The treatment and diagnosis of specific illness, and the use of the most advanced and forward – thinking technology has built a world class center for the treatment of many diseases, trauma and injury. For their love of helping others Dr. Swapnil and Dr. Sanket are experts in their fields as shown in their bios below. 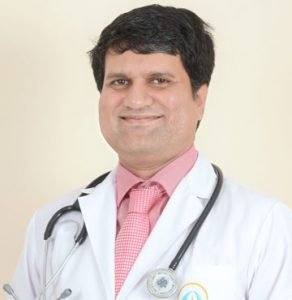 Dr. Swapnil Adhav is classically trained surgeon, who studied at University of Illinois in Chicago with famous doctors alumni like Dr. David Sackett (father of evidence-based medicine), Dr. Stanley J. Korsmeyer (oncologist who is known for role of programmed cell death in carcinogenesis). Dr. Swapnil trained at Yale, the world renown teaching facility with a world class alumni including doctors like Dr. John Elefteriades (cardiac surgeon and academic, serves on multiple scientific advisory and editorial boards), Dr. Orvan Hess (known for the fetal heart monitor), Dr. Richard D. Weisel (cardiac surgeon and current editor-in-chief of The Journal of Thoracic and Cardiovascular Surgery), US presidents Bill Clinton, George W & George H.W. Bush and Secretary Hillary Clinton among many other politicians, US supreme court justices include Clarence Thomas, Ruth Bader Ginsburg, Sonia Sotomayor, Elena Kagan, Stephen Breyer and Samuel Alito. He also trained in surgery at Memorial Sloan Kettering in New York, USA. His specialty is Neurosurgery and he has Fellowship at Manipal University in this complex discipline. He has studied and worked internationally and was instrumental in founding Nirmal Neurocare. It has always been his dream to one day open a center where care is given to those in dire need, such as trauma patients, or cancer suffers – while also caring for those who need rehabilitation. He has dreamt of a place where head trauma can be mitigated, and surgery in the neurosciences can come to be realized, in the Nanded city region. That is where Nirmal Neurocare was born from. 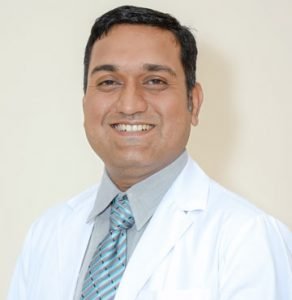 His dream was to provide the special and complex surgery that is required in many dental injuries and mouth maladies. He was trained in Dental Implantology at Manipal University. He is board certified by the Deantal Council of India and a member of the Indian Dental Association.

The passion of two brothers who have exceptional backgrounds and special certifications in their chosen fields of expertise makes Super Specialty Center to grown into Nirmal Neurocare. The culmination of a dream to help as many people as possible by the foundering doctors and their compassionate and dedicated staff. The treatment and diagnosis of specific illness, and the use of the most advanced and forward – thinking technology has built a world class center for the treatment of many diseases, trauma and injury. Our valued services are

It is our mission to bring the highest quality care, in a patient orientated environment that is always on the cutting edge of techniques and technologies. To offer the most compassionate service to those who trust us with their care and to do this in manner that shows respect, tolerance, and caring for our patients.

It has always been the founding brother’s desire to help those in dire need. To administer to those in need, the life saving techniques and procedures used by the most compassionate and capable hospitals in the world. To bring their greater understanding, compassion and abilities to those they serve.

By utilizing the most innovative technologies, to become a leading regional health care system and always offer the highest quality of clinical, patient-centered care and service to those who have chosen to put their lives in our hands.

The core of our ability is to help those in need, by upholding our commitment to offering the most innovative, advanced and patient centric care possible. We strive to be compassionate, respectful, always use our expertise in a responsible and considerate manner. To hold ourselves to the highest standard and build-up the community and health services around us.

To better understand the outstanding care and treatment found in Nirmal NeuroCare Hospital, see what the patients are saying about their individual experiences with the doctors and staff.

I was in an accident and my head and brain were badly injured. The treatment was long and hard, but because of the hard work and dedication of Dr. Adhav I recovered completely.

My 84 year old mother fell and fractured her upper leg and hip. Because of her age, it was not thought that she would recover. There was doubt that the operation she needed could even be performed at her advanced age. But with the guidance and great ability of Dr. Adhav and Dr. Ramesh Vatme, this difficult and delicate operation was performed and completed successfully. in a short time she was walking again. This success reminds me of the verse, “Pangoom Langhiyate Girim” Their work is of great value.

My son was in a bad accident. The result was he was unconscious and then very unsteady. He had blood and blockage on the brain. With the help of the Dr. Swapnil Adhav my son is alive and well today. I am so thankful and grateful for their service and dedication.